After 26 days of nominations, 10 days of campaigning, and 10 days of voting, we can finally announce who your new GSA Sabbatical Officer team will be!

Before that, we’d just like to quickly thank everyone who has put work in as a candidate or on a campaign team. We know it’s tough work and it takes a lot of effort, so we’d like to recognise all the students who were out speaking to voters, sticking up posters, and making an effort to get postgraduate voices heard.

In case you aren’t sure and are wondering what the votes below actually mean, we used a Proportional Representation voting method, in which voters would list a first and second preference on their ballot. When all the first preferences were counted, the candidate with the lowest number of votes and Re Open Nominations had their second preferences distributed among the other candidates. Some voters chose not to give a second preference, which is represented by the Non Redistributed Ballot figure.

And now onto what you’re here for, the final results!

Your new Vice President Wellbeing and Community for 2022-2023 is… 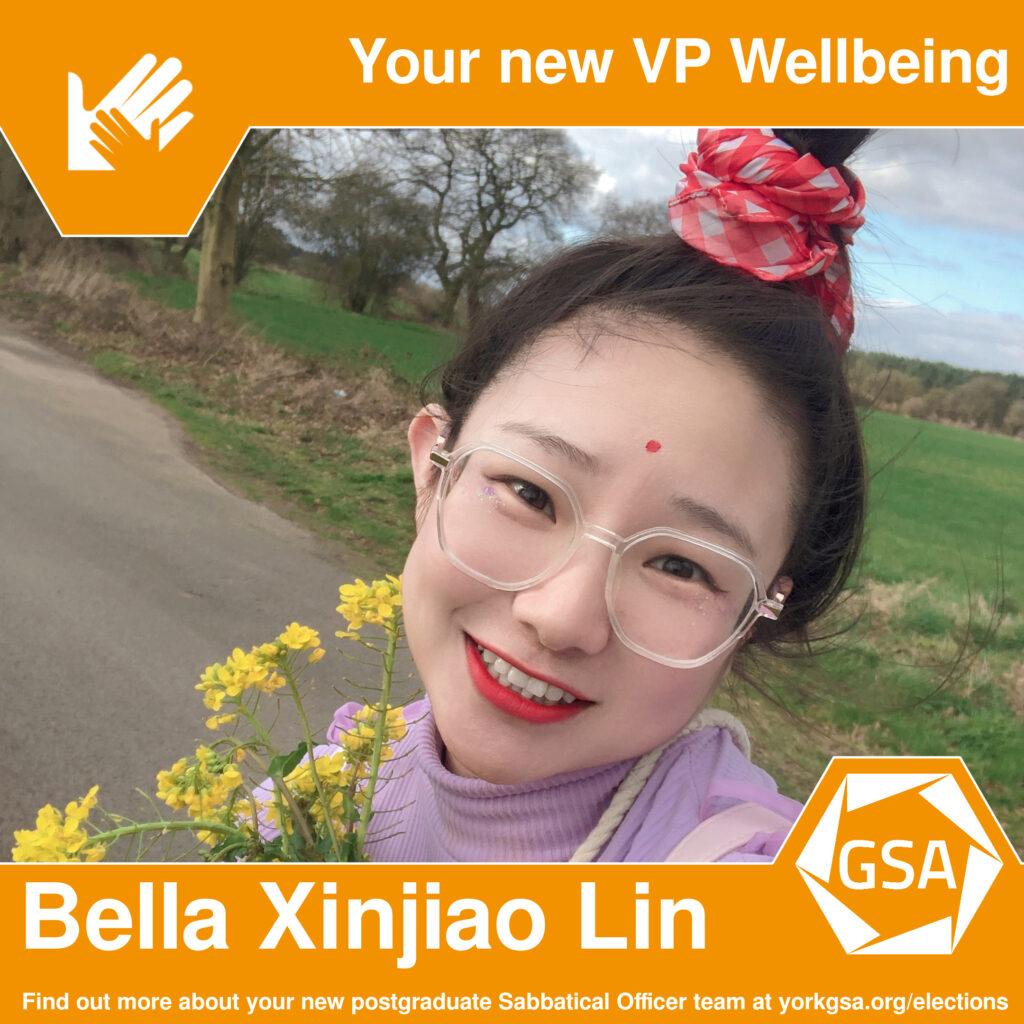 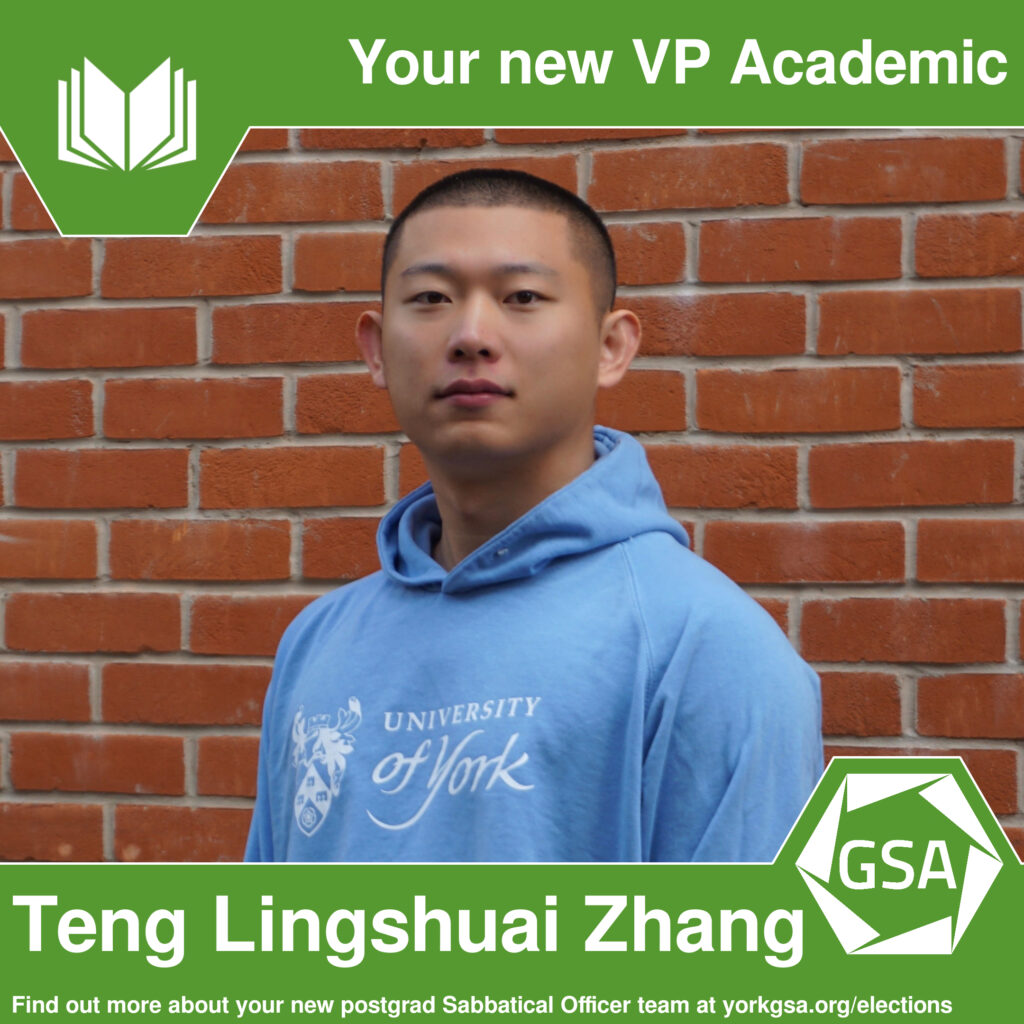 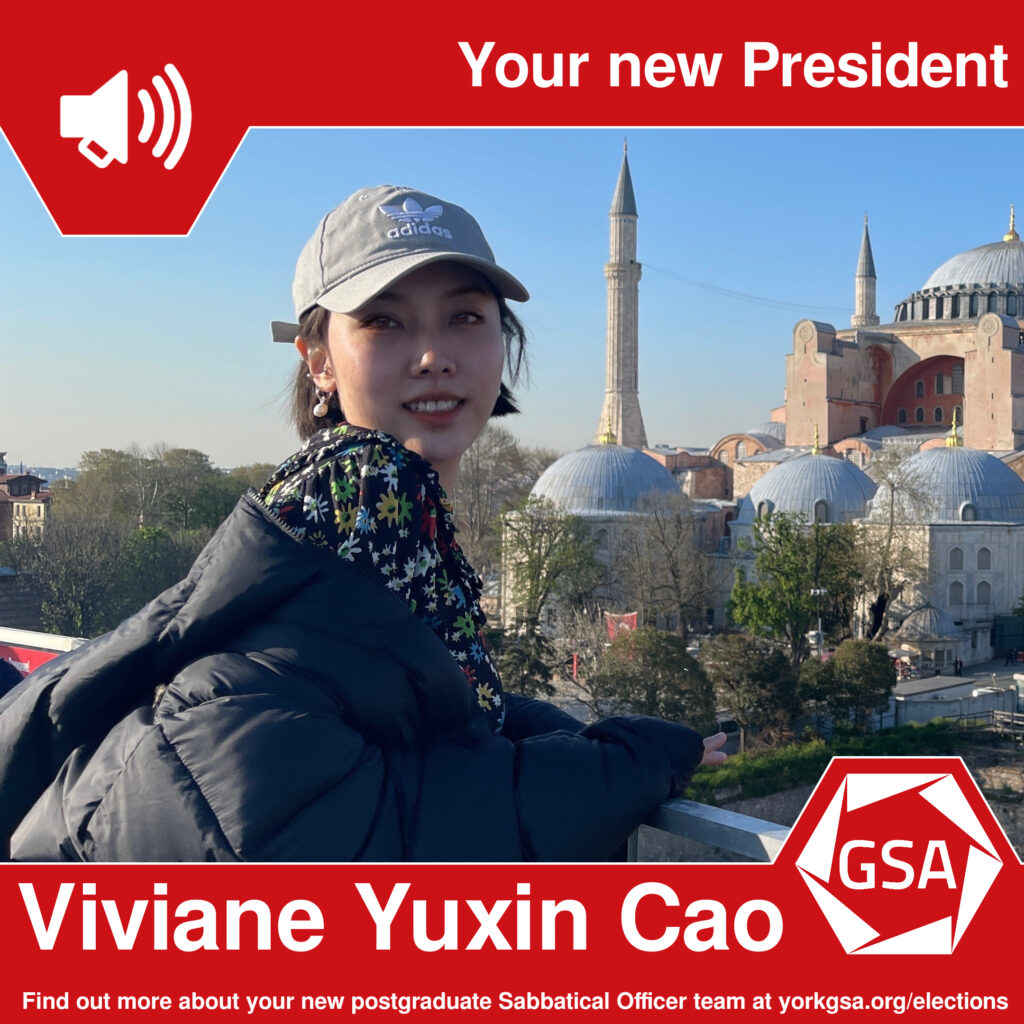 Well done to all the candidates in the 2022 GSA election, and a big round of applause to Viviane, Teng, and Bella!

Community
York GSA © 2016 | The University of York Graduate Students' Association (GSA) is a registered charity in England and Wales no. 1142381
Terms & Conditions | Privacy Policy | Castlegate IT